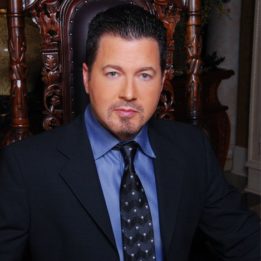 Adam Henderson graduated from Baylor Law School in 1994, after previously graduating from Baylor University with a Business degree in 1991.  Mr. Henderson became licensed to practice Law in the State of Texas in 1994.  After becoming licensed as an attorney, Mr. Henderson worked for a prominent Workers Comp Attorney for about a year before starting his own Firm in March of 1996.  Mr. Henderson grew up in Houston, and is very devoted to helping all injured workers in their time of need.  Mr Henderson has ran a successful Law Firm over the past 20 years that is solely devoted to representing injured workers.

Lora L. Eddinger received her Bachelor of Science in Criminal Justice from Sam Houston State University in Huntsville, Texas. She received her Jurisprudence Doctorate from the University of Tulsa College of Law in Tulsa Oklahoma. Prior to completing her J.D, Ms. Eddinger worked in the healthcare field for over 10 years. Ms. Eddinger began her legal career working for a prominent Houston attorney representing clients injured on the job and clients involved in automobile accidents. She began working at TheLaw Firm of Adam Henderson in December of 2004 exclusively representing injured works at Benefit Review Conferences and Contested Case Hearings before The Texas Department of Insurance Division of Workers’ Compensation. Ms. Eddinger’s goal is to ensure injured workers get the monetary benefits and medical treatment they are legally entitled to due to the injury that occured at work.